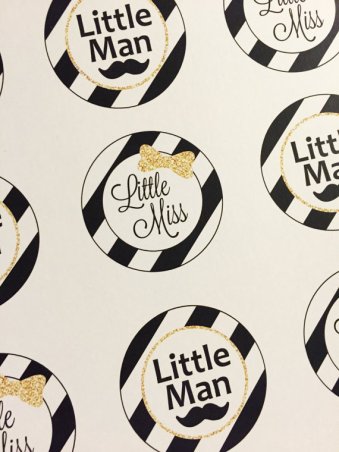 Things have changed in the past decade when it comes to having a baby. People have more than one shower, some hire birth photographers to do stylized photo shoots during the birth, and many have gender reveal parties. You see, in the olden days, people used to send snail mail pregnancy and birth announcements; but with the evolution of social media, the excitement of receiving an announcement in the mail really isn’t that exciting anymore. So what’s a fun way to celebrate the gender of you baby with friends? A gender reveal party! Now some people have the ultrasound results sent to their favorite bakery, have the inside of the cake be either blue or pink based on the gender results, and then cut the cake open in front of their guests. Others give the results to a party supply store where a box is put together with the appropriate color balloons. In fact, every day some one comes up with a new creative way to do a gender reveal.

Some people think gender parties are selfish and unnecessary, but the fact is, I’m a happier person when I have some thing to look forward to. I usually don’t like “planning” but if we’re talking talking about planning a PARTY, well that’s what I’m good at! Maybe it is selfish to want to celebrate having another baby, but I’d like to think offering my home to family and friends, feeding them, and letting them participate in this part of my pregnancy is arguably a pretty generous thing to do. Maybe that’s my inner millennial speaking…. In any case, gender reveals are traditionally pink and blue in decor, much like a baby shower. Since I want there to be a distinction that this is NOT a shower, I’m trying to go with a more chic color scheme. I want male guests to feel just as comfortable there as my female friends, I want there to be a couple games to avoid boredom until the results are announced, and most of all, I just want to have fun and celebrate the life of this baby. 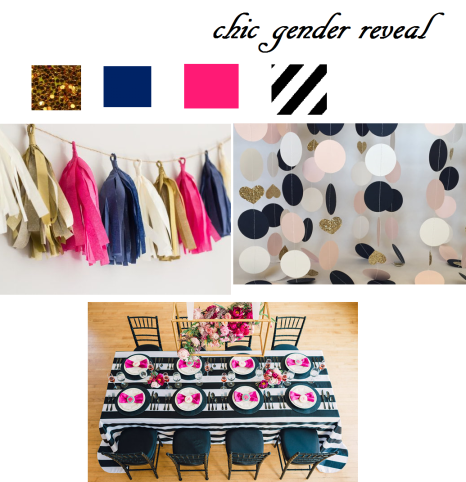 Since we won’t find out until mid-October, the planning has only just begun, but above is my current inspiration board. As much as we want to celebrate, I’m a tried pregnant mama, and want to keep the party pretty small. Don’t get me wrong, I love parties, but I also like for them to end within a couple  hours, and to take a nap afterward too.

Have you ever been to a gender reveal party? What was your favorite detail?