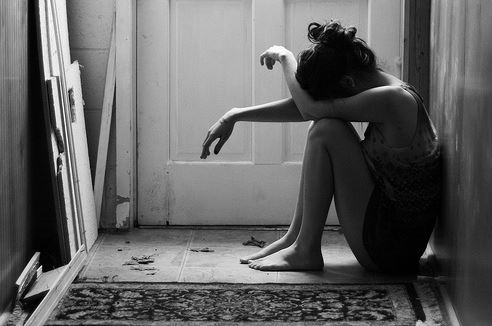 This is a post I have desperately been wanting to write for a long time, but one that I have shied away from. Since I’ve worked up the courage, I want to provide you all with a trigger warning as this post’s content is about sexual assault. I finally felt it was time to write this when I saw that April is Sexual Assault Awareness Month, in addition to getting a little push from a devotional book I’ve been  reading for the past few weeks.

Sexual assault is one of those topics that is becoming less and less taboo, which I believe has provided a lot of healing for victims. Woman to woman assault however, is hardly talked about for the reason that, I don’t think most people know it exists. Well, as a victim of sexual assault from a female perpetrator, I can tell you it does. This post is not about trashing my assailant. This post is not about recounting the details of my assault. This post is about mercy.

When I say “mercy,” I’m not just talking about forgiving my abuser, though that was a very important part of the healing process for me. I believe sharing my story with you is an act of mercy. How? I was reading a meditative book on mercy this past weekend and the following excerpt really inspired me:

“Nothing makes us more effective ministers of comfort then having suffered ourselves. Not one of your tears of pain will be wasted if you allow them to be redeemed in the life of another. God can use every ounce of what you have been through to make this world a better, kinder place. If you have experienced [suffering] …could it be that God is calling you to step out an encourage others who are going through those very things today?”

To me the message was clear. I have this blog at my disposal, and there may be a few of you, even if it is just one of you, that needs to know you are not alone.

I think the hardest part about my assault was the betrayal and manipulation that went into it. For me personally, I always fell the need to be “on guard” against men and protect my sexuality from them. Not that I thought every man was a predator, but I felt it was a responsible decision to dress modestly, and do my best not to act in a suggestive way. Even if I accomplished these things, I knew I still would have to protect my sexuality and be on guard as Sexual assault wasn’t some thing we have control over (which is what makes it assault). I never considered for a second that I would end up being assaulted by a woman. Part of the reason I was so guarded against men was because I had many unwanted advances from them in the past; but even in those cases, I was never shocked. Yes, there was some disillusionment and definitely suffering, but there was never any deception. The men I encountered were either too forward to begin with, or attempted to take something too far. When I experienced this assault from a fellow woman, I was completely blindsided. A person who I thought was my friend, took advantage of that friendship to take some thing from me. It hurt more than any unwanted attention from a man.

What made it more difficult, was that this was a person I had to face on a daily basis, a person with whom I had mutual friends who knew nothing of the assault. For weeks I suffered in secret, unable to talk to anyone about what I was going through. I didn’t know what else to do except pray. I prayed every time I saw my assailant’s face. I prayed for her healing. How hurt she must be to inflict this pain on me. I knew deep down that this other woman must be aching for genuine human connection and when deprived of that, decided to take it for herself. Realization of that desperation broke my heart. Once my anger subsided, I had room in my heart to have pity for her. This is what eventually led to me forgiving her.

I wasn’t able to overcome my assault with prayer alone. I had a spiritual adviser who worked in tandem with a counselor to get me the help I needed. Next, I met J who had nothing but the purest intentions with me. Even before we were close enough for me to share the details of my assault, he never pressured me for physical intimacy. He even withheld our first kiss for far longer than I would have liked! This helped give me hope and heal my wounds from past men, as well as my more recent wound.

Even though I have found consolation, healing, and forgiveness, those experiences still effect me. I’m sure they will impact me for the rest of my life in ways I’m not even aware of. Now, as a mother, I feel more equipped to teach my daughters about sexual assault, protecting their sexuality, and how to be physically and mentally healthy. I don’t want my children to live in fear but I don’t want them to be used either (which in itself can cause more fear and distrust). I want them to be loving compassionate humans, able to have real intimate connections with other people. I also want them to know that they are wonderfully made and deserve to be cherished. I believe my experiences will help me raise them to be both of those things.

If you suffered your assault years ago and are still struggling with it, don’t beat yourself up. I still have hard days where I grapple with these experiences; but every time I pray, every time I feel my husband’s embrace, or hear some one’s story of healing, the pain becomes less familiar and the hope more abundant.